A long time ago in an internet era far, far away, websites were only made of plain HTML pages. These static websites had little to have styling and everything was perfectly simple.

Then the web opened up to more non-technical users that also want to have an online presence with little or no knowledge of coding and programming. That was the time when Content Management Systems (CMSs) such as WordPress, Joomla, Drupal came in. These could manage files, images, and complex contents or any feature that you can find a plugin or template for.

Although it seems more convenient to create these kinds of dynamic sites, they came at the cost of being slow on the building and the loading times. Limits on customization and having security issues would be some of the other concerns that could bother you.

And, all of these problems have set the stage for the back-to-the-future solution: static site generators!

What is a Static Site Generator?

A static site generator is a tool that takes source files, meaning your site content, applies it to templates, and then generates a structure of a purely static site ready to be delivered to your visitors.

Static site generators offer a valuable compromise between hand-coded static sites and CMS capabilities. It allows you to build websites with modern frameworks and workflows, with a high degree of productivity and efficiency.

As we said before, static sites had been in our world since the beginning of the web. But the static site generators came out over the last years and expanded the capabilities of static sites.

Let’s try to understand special characteristics of the static sites and static site generators by having a look at 3 key benefits.

Why You Should Use a Static Site Generator

One of the biggest benefits of having a static site is definitely speed. Static site generators generate the web pages at build-time instead of real-time. It means that static pages don’t wait for database queries to come back and are not built on demand. Because of this advantage, the static sites are very fast. Most content management systems, even when highly optimized ones, may have trouble approaching the speed of a static site.

A static site itself is hacker-proof since it is just made of HTML, CSS, and JavaScript. There are no databases or complex software that can cause security flaws that attackers could exploit. Simply, Static sites don’t have back-ends to hack into. Even if it has, the hacker won’t get anything extra from the server — all that server contains is served to the user anyways.

This one depends mostly on your level of ability as a web developer, but it’s very clear that you will feel the freedom at limits with a static site generator. You will have 100 percent control over your content and web design. This will make it easier for you to create a brand new site with anything that you want to implement. Static site generators allow you to go through the code for all the changes you make for your site and see every change in the version control systems.

Since, Static site generators gained more popularity with the growth of the JAMstack and its community in recent years, picking one from a very wide range of choices can be very difficult.

That’s why we wanted to watch out for you and chose 10 best options out there to consider!

No one wants to wait for a website to build. I guess Hugo’s motto might be that. Because it can put together all of your markup and templates to build your site in just milliseconds!

Hugo is built in Google’s Go language which differs it from other site generators. It has a very simple path with very little need for configuration and no dependencies other than the core binary. You will have the advantage of shortcuts that can be used in Markdown to add more flexibility and productivity.

It would be a mistake to forget mentioning maybe the most popular static site generator, Jekyll.

It’s built with Ruby language and considered as blogger friendly. That’s because it allows you to focus on only the content without worrying about databases and comment moderation.

Its close integration with Github enables you to deploy your Jekyll site to Github easily for free. Jekyll offers easy migration options from platforms like WordPress or Drupal. It allows you to import your content and support it with permalinks, categories, posts and custom layouts.

As one of the most popular options, Gatsby is a static site generator based on React. It allows you to utilize Webpack by React-based components to create stunning websites. Besides that, the build speed of Gatsby is fast enough to handle any complex feature you want to have on your static site.

Another great thing about Gatsby is its ecosystem. To be more specific, It has more than 2000 plugins listed on the official website! These are ready to be used to handle a variety of things such as data sources, custom features and building optimizations. I am sure that you will find whatever you need in there to customize your website with ease.

Hexo is powered by Node.js and focuses on blogging with its powerful framework. It offers very fast rendering even for extremely large websites. All the GitHub flavored Markdown options and most of the Octopress plugins are supported by Hexo.

It offers one-command deployment to transfer your blog or site to GitHub Pages, Heroku and other sites. It also has great migration options if you want to import your blogging site to Hexo.

Next.js is another React-based static site generation framework not only for static sites but also for Server-Side Rendering (SSR) applications. It continues to gain more popularity with this multiple outputs feature in the React community.

It enables developers to create highly performant sites and statically-exported JavaScript applications especially in terms of first-page load and SEO. It would be good to mention some of the Next.js features such as automatic code-splitting, simple client-side routing, Webpack-based dev environment and any Node.js server implementation.

Name is not the only similarity between Nuxt.js and Next.js. Their purposes are in the same direction as well. Nuxt.js is a high-level generation framework powered by Vue offering all-in-one solutions like Next.js. You can decide on creating a SSR, static website, or single-page Vue applications.

Nuxt.js also has the pre-rendering feature for all of your pages including the main HTML while being serverless, so that you can have the benefits of having a faster website, more SEO performance and stronger user experience.

As you can see on its landing page, Eleventy considers itself as a simpler static site generator. Well, there are some other reasons for that but maybe the main one is being simply built on Javascript, which means it does not require for you to get familiar with frameworks like React or Vue.

Eleventy has been developing a loyal community with its flexibility and efficiency. It is definitely the growing player in 2020.

Docusaurus is a static site generator specifically focused on documentation. Launched in 2017 as part of Facebook Open Source, but it is already a rising star in 2020. Docusaurus provides a very easy way to build open-source documentation websites. It is built with React.js and has gained quite a traction by its community.

While offering core features such as navigation tools and page customization, Docusaurus also does document versioning which enables you to keep documentation in sync with your project releases. Its simplicity allows you to publish your site very fast while letting you focus on creating great documentation.

Scully is the only static site generator built with Angular. That’s why it’s considered as Angular’s answer to JAMStack calling. You can build your Angular app and then Scully can pre-render its every page in plain HTML and CSS.

It has the purpose of keeping the Angular development going while building your static site. One command is all it takes to add Scully to an existing Angular project. It is a very new static site generator launched in late 2019 but if you are into Angular development then you should definitely give it a try by keeping in mind that they are still considered to be in Beta!

Gridsome has its all structure based on Vue. It provides various great features such as simple and safe deployment, Progressive Web App (WPA) and SEO support. It also has the GraphQL data layer which makes it very simple and fast to build single-page applications or static sites from many data sources.

As similar to Gatsby built in React, Gridsome has a collection of ready-to-use templates and also plugins. Its libraries may not seem convenient as Gatsby’s but I think it’s fine given its 2 years history. This is something that will most likely improve over time, with more people starting to use Gridsome.

If you want to keep things simple and save costs while having the power of speed and flexibility, static site generators is a great choice to build your website and seems like the way web goes back!

Well, choosing the right one might not be easy but at least you can start by checking out options above and try to find the one that best fits your needs and abilities.

What you need is to create your unique form endpoint on Getform and paste it on your HTML page and the rest will be handled by us. With additional features like Custom Email Notifications, Autoresponders, File Upload Support, Zapier & Webhook Integrations and Advanced Spam Filtering with Google reCaptcha will make your form perfectly managed! You can register here to get started

Below there are sample tutorials we have created to demonstrate how to setup a contact form easily on Hugo, Jekyll, Gatsby, Eleventy, Hexo and Gridsome! You can check them out to setup your first static site generator contact form.

If you would like help setting up Getform to your static site, feel free reach us out at info@getform.io and we will help.

Subscribe to Getform.io | The modern way to build the form backend!

Get the latest posts delivered right to your inbox 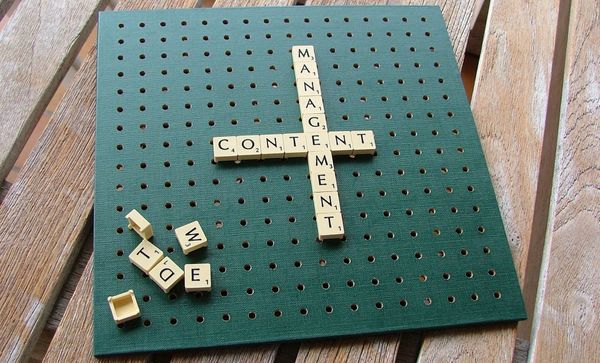 In this article, we’ll be explaining why it’s so important to choose the right CMS platform for your website. We’ll also share our top 10 picks for traditional CMS platforms and top 6 picks for headless CMS platforms. 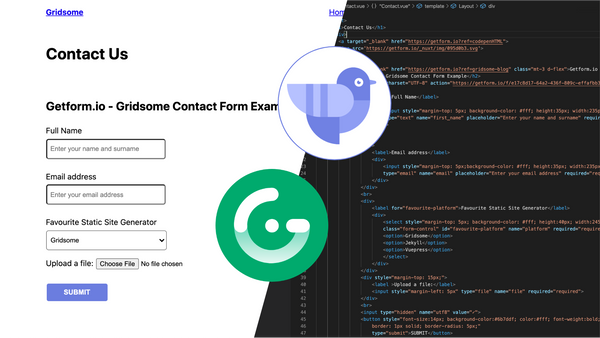 In this article, we will explain to you how to create a Gridsome contact form and handle its form backend by using Getform.

You've successfully subscribed to Getform.io | The modern way to build the form backend! !

Subscribe to Getform.io | The modern way to build the form backend!

Stay up to date! Get all the latest & greatest posts delivered straight to your inbox